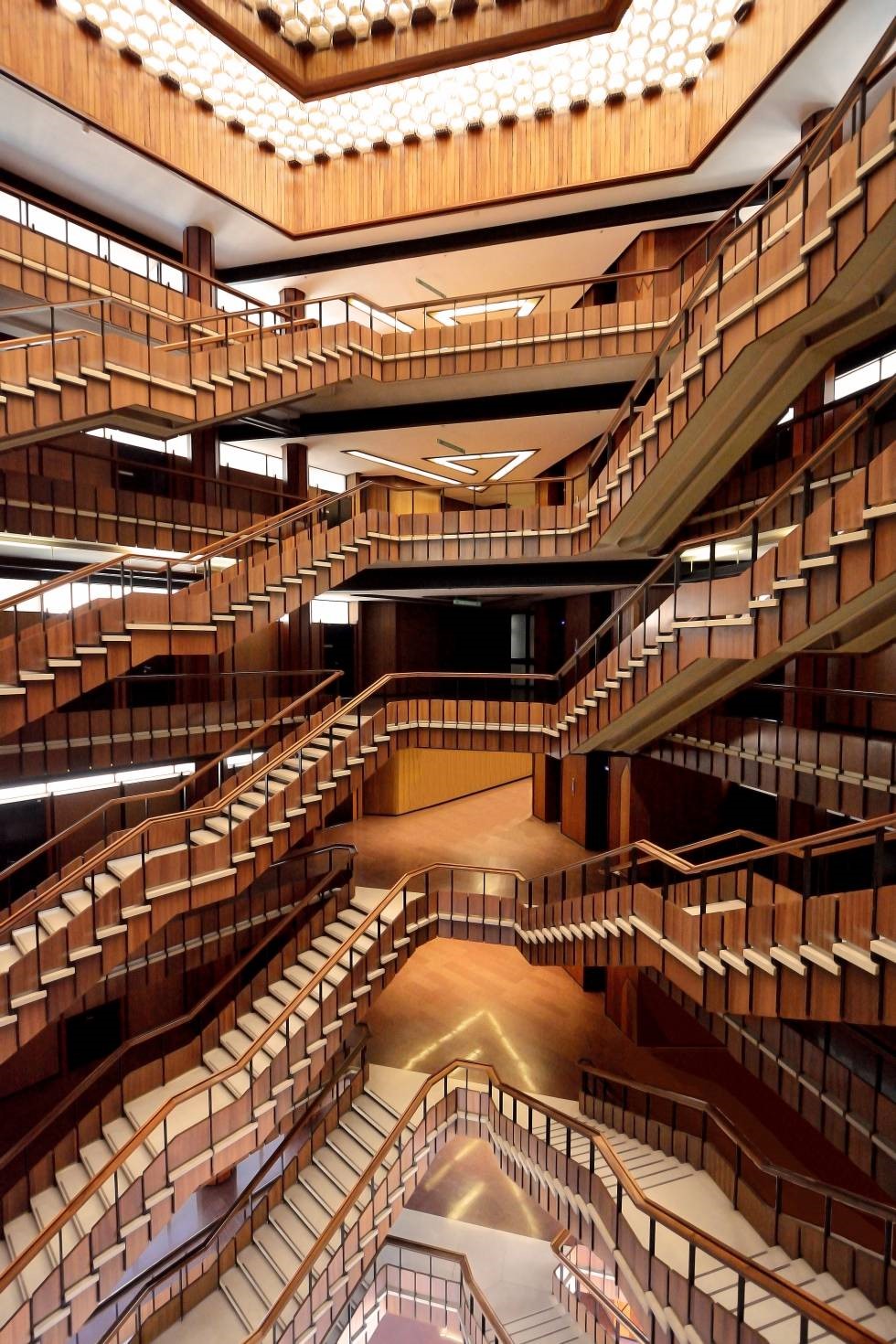 Posted at 11:11h in in Interior Design by Pictoclub

Ivrea is the Olivetti City; a complex of 27 buildings where not just typewriters were made. This city created by Adriano Olivetti to improve the lives of its workers is now declared as a  worlds heritage site by Unesco.

Adriano Olivetti, son of the founder of the company Camilo Olivetti, dedicated all his effort to expand the company inherited by his father. So that, between 1930 and 1960, he built a full city, consisting of 27 buildings. All the edifices were designed by the top architects and town planners of that time as Gino Pollini and Eduardo Vitoria.

Although the UNESCO has recently declared it World Heritage Site, unfortunately most of the buildings of Ivrea are neglected nowadays.

Some years ago, the Olivetti city included a full service for its neighbours offering workshops, factories, private homes, museums, nurseries and a wide range of green areas and leisure parks.

If we stop a minute to think about this project, we will find out that what Adriano postulated through this small city was, really, a political and social movement associated with a way of doing architecture. All of its buildings followed a structural and almost moral line, marked by the Olivetti family itself: facilitating vertical and horizontal communication between its users and achieving the least impact on the environment.

Developing such a project by these values at the 20th century might be something extraordinary. Of course, artistic expression had its role at this city. The common spaces built up in the city where mainly decorated with murals.

This was 20th century city prototype, a sociocultural experiment where architects, town planners, business and citizens took part and created a community concept. Something out of the ordinary and totally unthinkable these days.