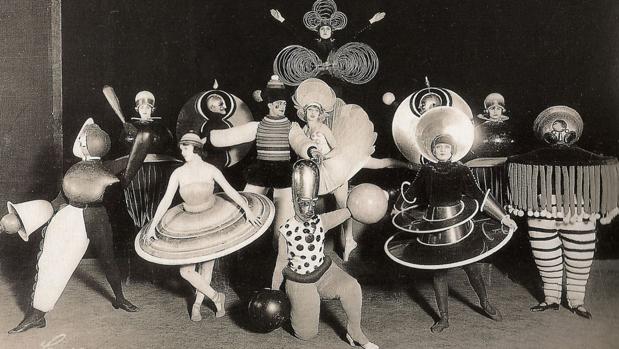 08 Apr The Bauhaus was a party when suddenly Gestapo appeared

Posted at 14:33h in in Interior Design by Pictoclub

Right a week after the First World War ended as the bloodiest armed conflict in history, Kaiser Wilhelm II abdicated to take the path of exile. So started the Weimar Republic in Germany, which unfortunately, despite its name, was not clear on where to base its ideology. Uncertainty plus uncertainty, Germany accepted the status of humiliated nation in the heart of Europe. But in the middle of that scenario some illustrious gentlemen still wanted to play, and as it usually happens, after the false military calm comes the party.

Walter Gopius funded The Bauhaus the 1rst April 1919 in Weimar. At that moment, The Bauhaus was an artistic experiment. Inspired by “Arts and Crafts”, an English movement created by William Morris, Gopius developed a full project to enhance the study of arts with certain industrial application.

The Bauhaus bet on transversality from the very beginning. They wanted to spread their word. In their opinion there were no classes, nor better or worst creative careers.  The initiative was a success. In some of the peak moments, nearly 1.400 students enrolled the school. Between the middle ages of their activity (1923 and 1928) passed the most glorious years for the Bauhaus. They were recognised for their concise, pure and elegant design, being considered as the great creators of the XX century.

The Bauhaus was a great space of convivence between many of the most brilliant painters, architects, and product designers of that time. Joining masters as Kandinsky, Feininger or Breuer, the school created some of the most popular furniture of the modern time.

But above many crisis that involves the transfer of the headquarters from Weimar to Dessau and from Dessau to Berlin some years later, and some others pushed by the change of school director, they remained opened and teaching until 1933, when the nazis left them over. Or better, when the gestapo shut the school down.